This signed chef Mark Miller Red Sage cookbook is not the first of Miller's books I've had in my inventory. Miller has authored or co-authored nearly a dozen cookbooks. Coyote Cafe cookbook is likely the most well known of his books as his former restaurant under the same name in Santa Fe, New Mexico is a famous spot known for its Southwestern cuisines (a cooking style attributed to being introduced in the US by Miller).

Miller's books don't have very much resale value as they are readily available and known more in specific regions in the US where he has opened restaurants. Signed copies of his book list for about $25-$30. I've sold other signed cookbooks that he has authored but the prices went close to the retail price of the time. The books are still wondering and to his fans, I'm sure a signed copy is more exciting than one without a signature but not more than retail. So... if a choice comes down to buying his book new or obtaining a signed copy, it may be more worthwhile to take a signed one. Things change fast with cookbooks and sometimes a trend greatly impacts the value of a signed book.

Celebrity chef Mark Miller is a cookbook author, restaurateur and has been called "the founder of modern Southwestern cuisine." Miller was born and raised in the Boston area and later moved to Northern California for his studies at Berkeley. His early cooking career started at Chez Panisse with Alice Waters. Southwestern dishes were introduced in the United States in Miller's first restaurant, Fourth Street Grill in Berkeley, California. Miller later brought the far to the famous Coyote Cafe restaurant in Santa Fe, New Mexico (since under new ownership). He later went on to open Red Sage in Washington, D.C, in 1991. Miller's Wildfire in Sydney, Australia followed in 2002. Miller also introduced a line of Southwest foods called Coyote Cocina with a very popular Green Chile Salsa. He is a speaker, academic and continues to author cookbooks. He also has been recognized with man accolades including being named one of America's most influential chefs by Life Magazine. Following is a list of his main titles. 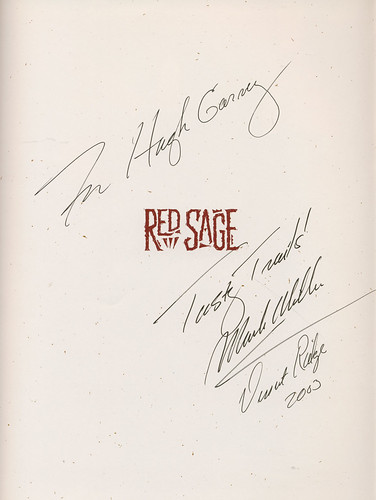